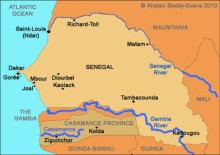 On Tuesday, we drove an hour and a half north west of Ziguinchor to the town of Diouloulou, in northern Casamance. This is mango country, but we didn’t see a single mango. 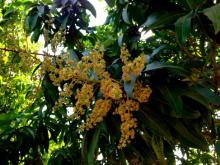 We’re about 8 weeks early – the mango trees are flowering and some even have tiny buds, but no mangos. We did, however, meet some of the men and women who grow these mangos as well as other fruit and vegetables.

In Casamance, small-scale farmers face a particular challenge in that they have trouble finding a market for their produce.

Casamance is the most fertile region in Senegal. Its farmers are able to produce large amounts of mangos (and other fruits and vegetables), and yet the farmers we met there told us that 75% of their produce goes to waste, because they’re consistently unable to find a market.

The rest is sold to middlemen and traders at extremely low prices. The impact on the farmers’ lives is devastating: "I have 4 hectares of mangos and I can’t afford to buy a bicycle or build a house," said one of the farmers.

Part of the problem is that there is little communication between the farmers, and they often try to sell their mangos individually.

In the last few years, mango growers in each village have grouped together to support each other and increase their bargaining power with the traders.

They haven’t had much success.

Aware of their problems, Oikocredit’s Country Manager for Senegal, Sambou Coly, encouraged the mango growers in one of the villages to reach out to growers in other villages to create a community of growers. 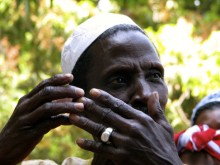 One of the growers, Diakite El Hadj, took it upon himself to take this idea to the other mango growers. He set off on his bicycle and rode to each of the 21 surrounding villages, talking to growers in each village, convincing them to help him create this community.

El Haj took the next step and founded the agricultural cooperative COPEX SUD. His goal: to create an organisation that could not only increase bargaining power, but also identify and target its own market.

Today, the cooperative has 5,000 members, with El Hadj as their president.

And they have gone one step further. The cooperative invests the revenue from its membership shares in the development of an enterprise, Les Saveurs du Sud (Flavours of the South). This enterprise will process fresh mangos for export and for local markets.

Ehthused by COPEX SUD's intitiative, Oikocredit has made an equity investment in the enterprise and provides ongoing technical support. A processing centre is near completion, and mangos will be ready for export to Holland by the end of this year.

Reflecting on what impact Les Savuers du Sud will have on the growers’ lives, Diakite El Hadj said: "We are poor. We are very poor. We hope that this enterprise will break our poverty."

Vu Ndlovu sits on the Oikocredit Canada-West’s board of directors. He has been a board member since April of 2012 and went on an Oikocredit Study Tour to Senegal in February of 2013.